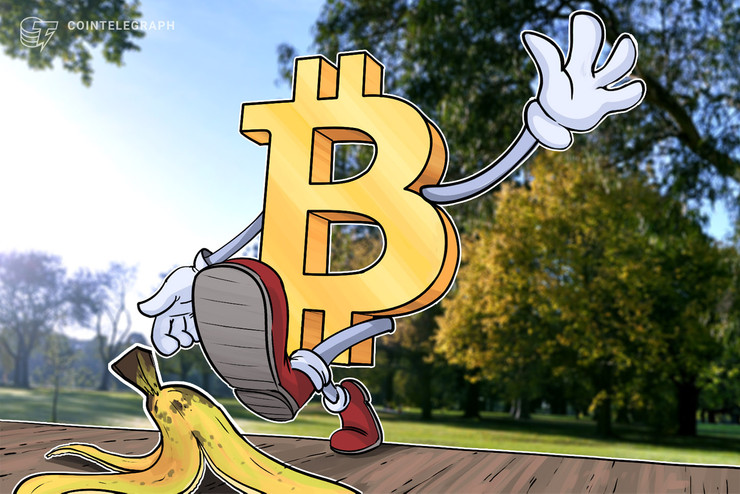 The abrupt downside move occurred after Bitcoin price rallied to $9,188, slightly above the $9,150 target many traders had suggested the asset would reach before attempting a more decisive move toward $9,300.

Traders had anticipated a rejection at either $9,150 or $9,300 and at the time of writing the daily timeframe shows the price holding above the 20-MA of the Bollinger Band indicator at $8,858.

According to Cointelegraph contributor Michaël van de Poppe, a possible bearish scenario that could play out after the rejection at $9,150 would involve Bitcoin price failing to hold the 21-week moving average at $8,676.

“Losing that zone and we’ll see momentum and $8,200 retest downwards as the primary possible outcome,” Van de Poppe explained. However, he emphasizes that from a macro perspective, Bitcoin’s market structure is more inspiring than worrying and explains that:

“The market has seen a big rally in the first weeks of this year, a retracement and correction are only healthy for a sustainable continuation of the market.”

But currently, Bitcoin is yet to make a lower low under the $8,400 support so a short phase of consolidation leading to another retest of the $9,150 resistance seems more likely than a drop below key support levels.