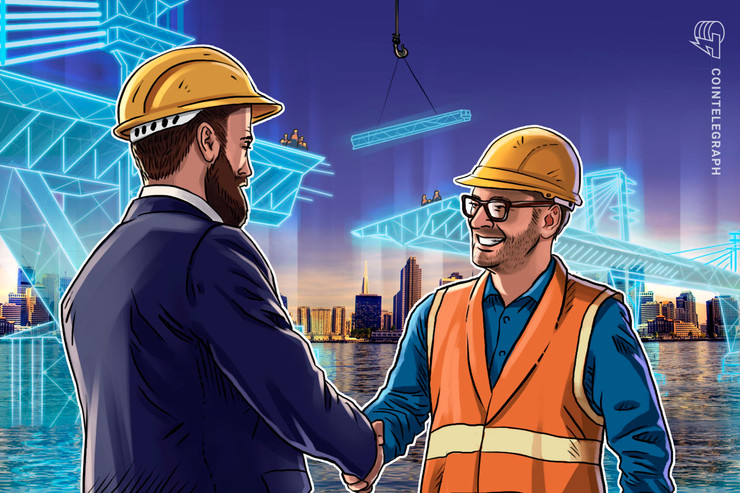 Interoperability project Interlay has been selected to receive a Web3 Foundation grant to continue its work on Polkadot. The money will be used to develop a parachain on Polkadot that will connect to the Bitcoin (BTC) blockchain.

According to the March 5 announcement, Interlay is one of the recipients of Web3 Foundation’s fifth wave of grants deliberated in Q1 2020.

The Web3 Grants program funds teams and projects working to improve Polkadot in a variety of contexts. Each grant is for a maximum of $100,000 and is tied to the execution of specific proposals, though the foundation does not disclose the final amounts granted for each.

The funding is primarily earmarked for software developers building infrastructure for Polkadot. Key areas of focus for software are parachains and integration with other projects, testing tools, new wallets and UI development.

The foundation will also fund research efforts into Polkadot’s security, benchmarking and protocol, as well as educational initiatives.

Interlay calls itself an interoperability project for decentralized finance (DeFi). It has developed an interoperability framework called Xclaim with the purpose of creating assets backed one-to-one across different chains. The company has been working on a blockchain-agnostic implementation of Xclaim since 2018.

The Xclaim relies on “collateralized intermediaries” to facilitate the transfer of funds from one chain to the next. The system also allows users to become “its own intermediary,” similar to how atomic swaps would work.

The developers argue that Xclaim is “95% faster and 65% cheaper” than atomic swaps based on Hash Time Locked Contracts (HTLC).

The Polkadot project is led by Parity Technologies, a company co-founded by Gavin Wood, who previously co-founded Ethereum (ETH). It aims to be an implementation of a sharded and interoperable blockchain, directly competing with Ethereum’s platform.

The project has been in the news for several high-profile integrations of ecosystem players that are primarily oriented toward Ethereum. On Feb. 25, it announced an integration with Chainlink to provide Polkadot-based oracles — a key feature for enabling DeFi.

A few days before that, a strategic collaboration with Celer Network was announced to bring its layer-two sidechains to Polkadot.

With the Interlay grant, it appears that the project has now set its sights to bringing Bitcoin over as well.

Bullish on Bitcoin, US Senator Ted Cruz wants Texas to be a crypto oasis
Vitalik Buterin discusses his excitement for the future of Ethereum
Bitcoin price recovery possible after record realized losses and leverage flush out create a healthier market
What’s in and what’s out for Ethereum’s Shanghai upgrade
Blockstream raising funds for mining at 70% lower company valuation