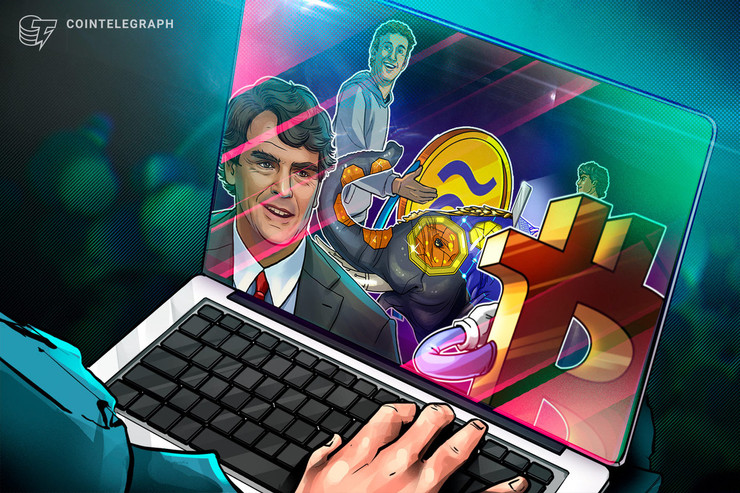 So, how high is Bitcoin about to go? Analyst Willy Woo thinks it’s going to hit $135,000. It’s a “common-sense prediction” he told RT’s Keiser Report. Tim Draper is betting even higher. The venture capitalist has moved his money out of the stock market (too “frothy”) and put it into Bitcoin and other cryptocurrencies (a “safe haven.”) He expects BTC to reach $250,000 in 2022 or the start of 2023. It’s no wonder that so many Bitcoin whales continue to hodl. According to one study, only 41.6 percent of BTC supply moved over the last twelve months. Some 42 percent of Bitcoin hasn’t moved in two years.

India isn’t put off. The country has now lifted its ban on cryptocurrency trading, while Germany has made a decision: cryptocurrencies are “digital representations of value.”

But what exactly is Bitcoin? Is it a currency? A security? A commodity? Is it a bird or a plane? It’s an old question but it still matters. The definition of BTC may well affect how its regulated and taxed. A witness at a congressional meeting recently noted that tax preparation for digital assets is already a nightmare. We feel your pain.

At least defining his currency is one problem that Mark Zuckerberg might not have to wrestle with any more. His Libra project is looking for a new direction after the withdrawal of a number of partners and resistance from regulators. Libra is now considering creating digital versions of fiat currencies, so more tethered coins. But it’s still considering its own Libra coin. At least for now.

One coin we could all do without is the new CoronaCoin. Created by developers on 4Chan, it starts with 7.6 billion tokens that burn off as the coronavirus spreads. The theory is that the more people are infected, the smaller the supply becomes and the higher the price rises. That’s just creepy, and digital coins might even help reduce the spread of the virus. The World Health Organization has suggested that dirty banknotes could help to spread the disease.

Also showing vulnerabilities is Steem. The Steem community is now in a pitched battle with Justin Sun, who recently bought Steemit, raising concerns that the TRON founder would have too much power over the community. Steem’s users have responded with a soft fork. It’s all getting very steamy over there.

KPMG is also worried about vulnerabilities. The accounting firm says that $9.8 billion worth of digital assets have been stolen since 2017. With institutional investors interested in finding a place for cryptocurrencies in portfolios, the market needs better security if it’s to grow. HTC might have a solution. The company’s new 5G blockchain router can run a full Bitcoin node but it also includes social recovery for private keys. Users can break their recovery phrase into parts, encrypt them and share them with friends if the key is lost or stolen.