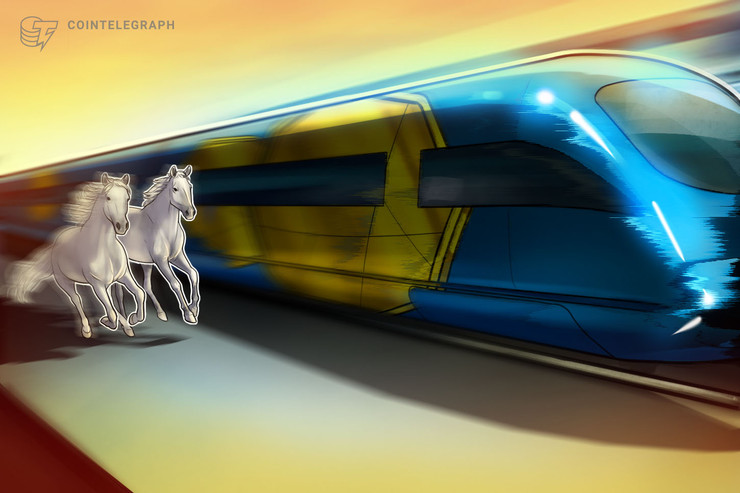 In a world where blockchain technology is rapidly breaking barriers and disrupting industries one at a time, the emergence of new models to replace classical crowdfunding ventures is just a matter of time. More than a decade after Bitcoin’s introduction, we’ve witnessed new crowdfunding models replacing the initial public offering for funding blockchain-fueled projects — the initial coin offering, decentralized autonomous organization DAO, the security token offering and the initial exchange offering.

History indicates that if you have honey, the bees will follow. However, countless illicit schemes and scam projects have caused some misguided investments. So, why have there been so many attempts to establish an ideal crowdfunding approach for the maturing technology industry, yet still, none of the introduced models can change the standard venture success rate when it comes to investments?

The blockchain impact on crowdfunding

The traditional model of third-party investment to fund private business development is considered an outdated, time consuming and complicated process. The similarity between IPOs and ICOs is that these financial models are special cases of crowdfunding.

Stock IPO is the most respectable form of crowdfunding so far, with the prospect of a financial return for its sponsors. However, the downside of this model is its high entry threshold for both the sponsors and, primarily, the organizing company. Sponsors must access the exchange through a broker, while the company undergoes a complicated listing procedure.

The advent of blockchain technologies, new projects and markets, and as a result — the emergence of initial coin offerings worldwide — has become a significant turning point in how developers can find a way to fund their perspective idea or project, significantly lowering the entry threshold.

The creation of an ICO itself is an attempt to apply exchange IPO rules in a more democratic and free environment of the cryptocurrency market. During an ICO procedure, the company does not place shares, but tokens instead, which are regarded the same as cryptocurrencies. Tokens are the new shares, but tied to a specific project and usually do not represent anything new technically.

From king of the hill to oblivion

The higher democracy of the ICO procedure means it usually involves more independent and smaller players than the more traditional IPO. When it comes to investors, no one can compare with Vanguard Group, and among the issuers — for example, with Amazon. ICOs were used not by top companies with a well-known and established reputation, but by high-tech startups and teams with a promising idea and no danger of suffering reputational damage.

Compared to 2016, the blockchain crowdfunding market was overheated with capital already, which has inevitably led to less potential benefit for possible ICO investors and almost collapsed the model a year later. ICOs were the red-hot trend, as 853 projects collected over $6.2 billion. This increased the following year, with 1253 ICOs raising $7.8 billion. However, this success was scuppered by dodgy projects and an increasing number of Ponzi schemes, making investors question whether ICOs were a genuine investment at all. Right there, the initial exchange offering stepped in. In total, token generation events during 2019 raised $3.2 billion, while ICOs raised ten times less during the same period.

Companies like Coinbase and Circle raised money from venture capitalists. By the middle of 2019, VC funding in cryptocurrency startups accounted for $822 million. Moreover, a Gartner study suggests that blockchain is estimated to generate $3.1 trillion in new business value by 2030.

One of the well-known cases of a successful ICO is the creation of the Ethereum (ETH) cryptocurrency. In 2014, the company issued tokens, which rose radically in price some time later. In 2014, only $16 million was collected in total for various ICO projects, and by 2016, this figure increased to $90 million, while 2017 broke all records for market capitalization. Moreover, during the period from 2015 to 2017, funding increased from $6 million in 2015 to more than $6 billion. The overall venture capital market amounted to over $76 billion in the United States that year.

Related: What is Ethereum. Guide for Beginners.

So, can decent projects be distinguished from scams? Of course it is not easy, particularly since the number of fraudulent projects increased to a whopping 80% in 2017.

The attractiveness of the ICO mechanism resulted in the global downside trend the year after the hype started and catastrophe for blockchain crowdfunding, slowing down global acceptance drastically. While it was suitable for raising funds and launching projects, a settlement mechanism for distributing dividends was absent.

The strategy of reimbursement to ICO shareholders had two significant drawbacks: a change of shares ownership upon repurchasing the tokens, which does not exist in the classical system, where shares are separated from the dividends; and the liquidity of any ICO tokens is lower than the liquidity of fiat money from the very beginning, because the coins are derived from a particular project of the company, and the real money is a derivative of the economy — that is, all companies combined.

The cryptocurrency environment has fundamental differences from the traditional economy, and it is hardly necessary for the state to deal with its regulations. Specific methods and solutions to bring the reliability of crypto investments closer to the standards of the classic stock market are required but with maximum democratic rules. They must and will be developed over time.

The advent of IEOs in late 2018 to early 2019 has introduced another approach to regulation over the chaotic and already infamous market, shifting the power of a token sale from the hands of unknown amateurs and third parties to exchanges.

In fact, IEO fraud has become additional proof that many well-established crypto exchanges fake their trading volumes on a constant basis. Even the IEO model was intended to be a more trustworthy alternative to the more traditional ICO — an activity that became infamous due to global regulatory heat, exit scams and countless illicit actors. The concept of an exchange serving as the white knight that screens out the unworthy market participants and questionable projects had merit, though eventually compromised itself in less than a year. As IEO integrity can’t be trusted anymore, some cryptocurrency startup projects are already lamenting and showing the public how exchanges have defrauded them.

Bitwise presented a white paper to the U.S. Security and Exchange Commission, which showed the results of studies performed on cryptocurrency exchanges. It was reported that only ten exchanges show their real volume, while other cryptocurrency exchanges fake their volume. This results in the truth that 95% of all Bitcoin trading volumes are faked. The most important reason was to gain visibility on data-aggregating platforms like Coinmarketcap and also to inflate their listing fees.

Then again, why is the VC still at large in 2020? Venture funds have such things as venture capital power. They can capitalize on “liquidation preference,” which means gaining power on everything that an investment comes with. For example, when closing a particular project, a corporation can get its hands on everything that comes from the investment: equipment, merchandise and so on.

Initial coin offerings don’t have a mechanism for legal regulations. So, 5% of paybacks were an optimistic number in this case when it comes to returns.

Crypto projects will never be able to fight the gravity of venture success rates, especially without legal bounds. Without it and due diligence, 2% is a good number. So, we can tell that 40 out of 2000 established successful projects is not a very significant achievement, but rather a reality that comes along with mathematic calculations.

95% of VCs aren’t actually returning enough money to justify the risk, fees and illiquidity that their investors are taking on by investing in their funds.

To summarize, venture capital is a tough business. Investors struggle to get paid in excess returns for the risk, fees and illiquidity they take on for investing in venture capital. Entrepreneurs struggle to scale and grow their companies and position for great exits. It’s not natural for a founder at stage one to know how he’ll grow from zero to billion. So many things will change along the journey. VCs struggle to generate the returns they promise, and only a very few manage to deliver.

But VCs enjoy the only downside protection in the business — they can rely on fees to pay themselves when their investments are mediocre. The long feedback cycle means that VCs can raise a few funds — and lock in a few fee streams — before their less-than-stellar returns catch up with them.

ICOs, STOs, IEOs and the later initial DEX offering, or IDO… We have seen and learned a lot of new abbreviations during the last few years and there is no doubt that the show, and the model list, must and will go on.

Security token offerings seem to be a new cure for the modern crypto investment market and its harsh conditions. In fact, they are now considered the next and logical evolutionary step. First of all, such models intend to issue digital assets in full compliance with securities legislation to provide a higher degree of protection for investor rights and lower regulatory risks for token issuers. In addition, STOs are guided by a different target audience — only professional (accredited) investors can participate in such a placement.

Security tokens have many pros when compared to traditional financial products. Despite lacking intermediaries such as banks and other organizations, they provide a completely different environment for investing and concluding deals — more solvent and more responsible.

Despite the rising trend for the STO model, some market players will still continue to adhere to the principles of traditional ICOs and try to fund their creative project through the infamous model. In its essence, STO is closer to a classical IPO than an initial coin offering. With their strict rules, STOs are a product of a new time, invented to avoid an “illegal” approach to fundraising. Moreover, these rules create a real investment opportunity for institutional investors, which can lead to a plentiful flow of funds into the blockchain field.

Speaking of the later model’s emergence, the forthcoming revelations may be different as market participants may envision and implement various models in the future, aimed to go toe-to-toe with strict regulations implied by the global and local watchdogs. We need a very precise and reliable system, in which tokens will ultimately fall into the capital structure. What this model may be, we’re about to see in the year to come.

Gregory Klumov is a sought-after stablecoin expert whose insights and opinions appear regularly in numerous international publications. He is the founder and CEO of STASIS, a technology provider that issues the most widely-used Euro-backed stablecoins with the highest transparency standard in the digital asset industry.