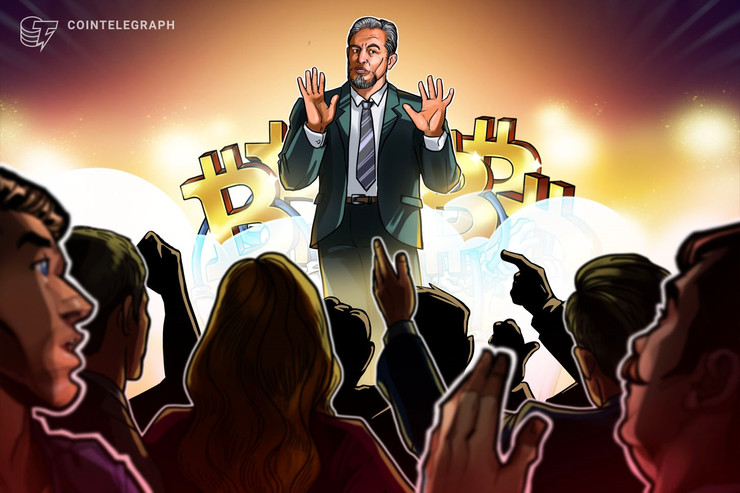 During the mainstream market’s current decline, investment advisors are giving out a myriad of advice, with some even mentioning Bitcoin (BTC).

Morgan Creek Digital co-founder and partner, Anthony Pompliano, or “Pomp,” tweeted an inquiry to his followers, asking what their financial advisors have told them recently, given the current falling market.

Amid coronavirus concerns and oil trade events, traditional markets have taken a hit over the last few weeks. According to an age-old adage from investing legend Baron Rothschild, investors should look to buy during down markets.

“Buy when there’s blood on the streets,” Rothschild famously said. Some financial advisors are reportedly recommending just that. Anthony Pompliano posted a number of these shared comments on Twitter, while keeping their sources anonymous.

“It’s time to buy cheap stocks,” one professional said. “Wait for everyone to say they sold and then buy,” another said, adding, “Warren Buffet style, buy when there is fear.”

Some professionals alternatively recommend more stability with hedge-type investments. “Keep things that have stability and dividends (utilities), hedge with precious metals, move to cash and wait for future buying opportunities,” an advisor explained.

Other advisors recommended Bitcoin and crypto

Arguably showing its ties to traditional markets in 2020, Bitcoin has also suffered falling prices. Contrary to its previous status as a volatile asset used for drug purchases, however, Bitcoin has found its way into the recommended section of financial advisor’s verbiage.

“He’s been telling me to get out of stocks, but he’s been monitoring Bitcoin and telling me there’s a big deviation in trend from global indices,” one client said of his advisor. “He’s watching and he’ll tell me when to buy,” the client added.

“Sell everything,” another reportedly said, adding, “Buy BTC and Gold.”

“Bitcoin is a binary game, it’s either going to be a 1 or a 0,” a different advisor said, giving Bitcoin a pass/fail evaluation. “Blockchain may have promise, but it’s far too early to know,” he added.

Although comments concerning Bitcoin were a mixed bag, the growing interest from financial advisors demonstrates an awareness of crypto as an asset class. This may indicate that the industry is moving forward in the public eye.

Cointelegraph reached out to Pomp for comment, but received no response as of press time. This article will be updated accordingly should a response come in.