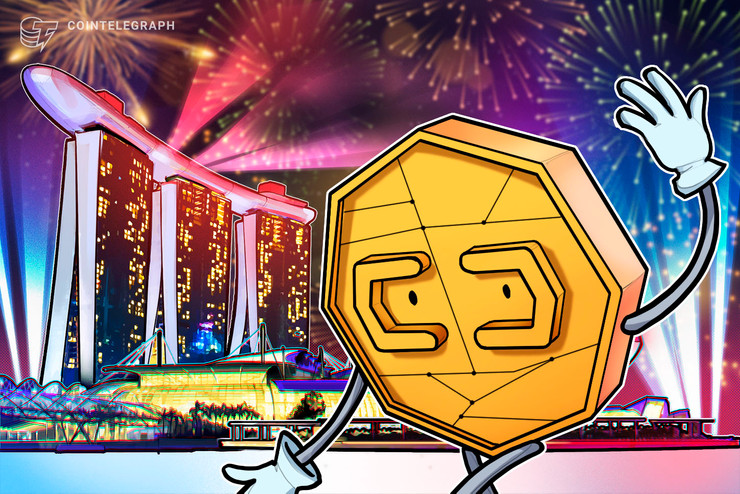 OKCoin, one of the world’s oldest cryptocurrency exchanges, is continuing to expand its fiat-to-crypto onramps by adding support of the Singapore dollar (SGD).

As the Singapore dollar is also officially accepted in its neighbor country Brunei, individuals and institutions in both jurisdictions are able to start trading their Singapore dollars for crypto, OKCoin announced to Cointelegraph.

The Singapore dollar is the third fiat currency supported by OKCoin after the United States dollar and euro, the company noted.

In conjunction with the launch of the Singapore dollar support, OKCoin is also setting up a new office in Singapore, which is a major financial hub for Southeast Asia and the Asia Pacific region. The company will now be hiring local industry professionals as part of OKCoin’s broader mission to spur global cryptocurrency adoption.

Originally founded in China by Star Xu, who is also the founder of the world’s third-biggest crypto exchange OKEx, OKCoin is now officially headquartered in San Francisco and has a number of offices worldwide including Malta. The fiat-focused cryptocurrency platform is available in 184 countries to date, OKCoin says.

OKCoin enters Singapore to benefit from the crypto-friendly regulations

The exchange apparently intends to benefit from the local crypto-friendly ecosystem as the country has recently passed a new law to bring more clarity to the operation of local crypto businesses.

As reported by Cointelegraph, a number of local crypto businesses have outlined the potential benefits of the PSA, with some industry players expecting that the MAS’ crypto regulations would attract more credible blockchain companies to be based and licensed in Singapore.  A spokesperson at OKCoin said:

“The commitment the Singapore government has shown to the growth and development of Blockchain will put the city-state among the global leaders driving the industry forward, making Singapore a major focus for OKCoin.”

According to a 2019 report, Singapore is one of the biggest countries in terms of the number of registered digital currency exchanges alongside major global jurisdictions like the United Kingdom, the United States, and Hong Kong.