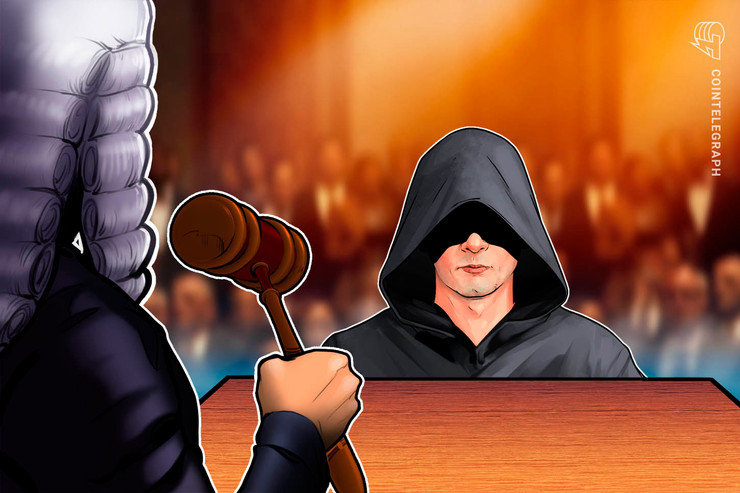 Warning: This story contains sensitive content that some readers may find disturbing.

A Dutch national known as ‘Mr Dark’ — who allegedy made $1.6 million in cryptocurrency from hosting violent rape and child pornography videos — has been indicted by a Federal Grand Jury in the District of Columbia.

Michael Rahim Mohammed, 32, allegedly operated the ‘Dark Scandals’ website, which has operated on both the darknet and the normal web since 2012.

The site hosted more than 2000 videos and images, and advertised that it offered “real blackmail, rape and forced videos of girls all around the world.”

Users could pay for the illegal content — delivered in email ‘packs’ for download — with Bitcoin or Ethereum, or by uploading their own videos to the content library. In total the site received 1650 deposits of cryptocurrency, including 188 Bitcoin and 26.7 Ether.

The site’s rules prohbited “fake, amateur…or acted movies”, insisted on “real rape/forced content”, and stated a preference for “own made material.”

But while cryptocurrency helped fund the site, it also recorded the details of the crime on the blockchain.

Law enforcement agencies were able to track 303 Bitcoin and Ethereum accounts that paid cryptocurrency to the site using Chainalysis transaction tracing software. A forfeiture complaint seeks to recover the funds and give the proceeds to the victims.

The complaint notes many accounts were opened purely for the one transaction and had incomplete KYC verification. But the analysis helped identify other illicit transactions too:

“Law enforcement observed numerous payments from these accounts to other darknet markets, which were flagged by blockchain analytics companies, enabling law enforcement to identify illicit transactions.”

Darknet no longer so dark

The site was brought down after an international investigation was launched including US investigators, the Dutch National Police, Europol, and the German Federal Criminal Police.

Michael Rahim Mohammed has been charged with distribution of child pornography, production and transportation of obscene matters for sale or distribution, engaging in the business of selling or transferring obscene matter, and laundering of monetary instruments.

Chief Don Fort of IRS Criminal Investigation said the case should serve as a warning to other criminals that officials can shine a light on the darknet:

“Criminals should know if you leave a digital footprint, we will find you. If you exploit our children, we will put you behind bars. If you thought you were anonymous, think again. The dark web is not quite as dark today due to the hard work of IRS-CI and our partner agencies.”

The state of Solana: Will the layer-1 protocol rise again in 2023?
SushiSwap passes 100% fee relocation, 10.9M SUSHI clawback proposals
Creating self-sovereignty in the creator economy and Web3 — Is there room for both?
New York Assembly introduces crypto payments bill for fines, taxes
Why is crypto pumping? Watch The Market Report live