In the past hour Bitcoin (BTC) price perked up and rallied 14.33% to a daily high at $5,940. The strong upside move allowed the price to break out of the tight $5,070-$5,520 range but at the time of writing the price is pulling back below into its previous trading range. 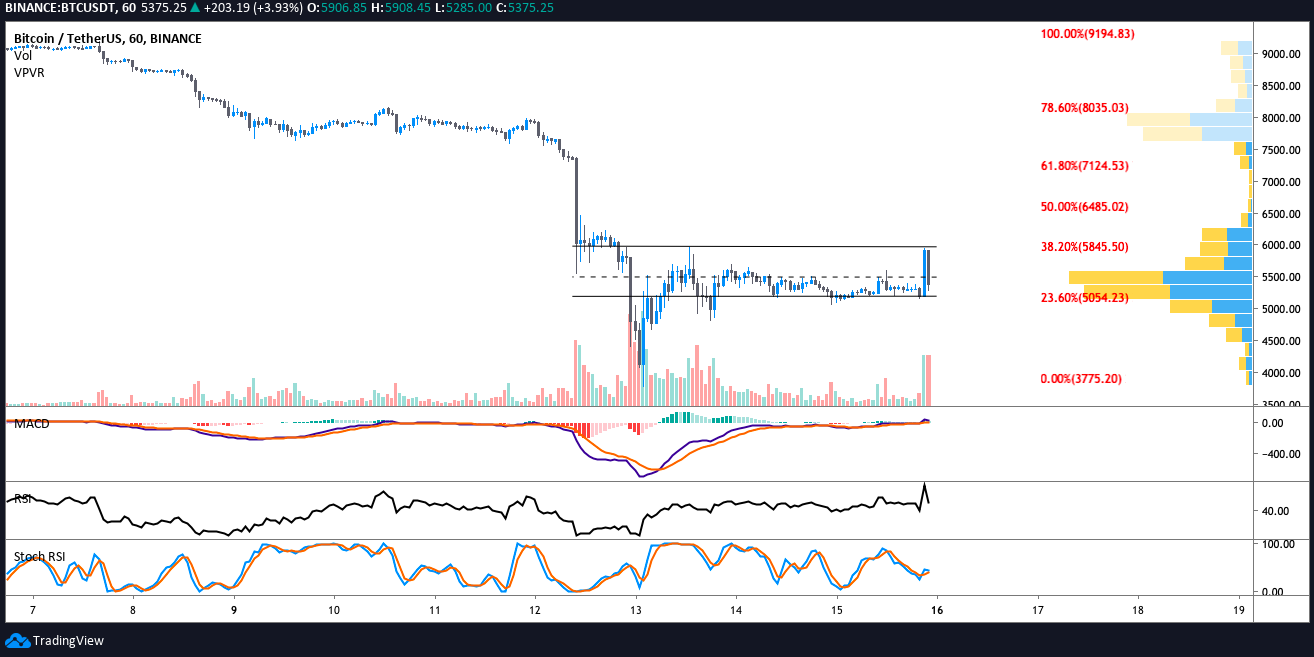 The surge in price occurred shortly after the U.S. Federal Reserve announced that it would cut interest rates to 0%, launch a $700 billion quantitative easing program, and the regulator provided additional details about the type of securities it would purchase.

The massive stimulus package is designed to combat the market turmoil brought about by the novel Coronavirus but shortly after the announcement, Dow futures dropped 1,000 points, triggering the limit down and signalling that the Monday open could see the Dow, S&P 500 and other major indices give back the gains accrued at the market close on Friday, March, 13.

The sharp pullback in futures markets shows that despite strong intervention from the Fed, investors remain extremely concerned about the long term economic impact of numerous countries closing their borders, airline operators ceasing operations, and mandatory self quarantines and curfews forcing tens of millions of people to cease all activity and remain indoors.

Thus, it appears Bitcoin’s surge to $5,940 may have been nothing more than an instance of price being influenced by news and at the time of writing the price has dropped below $5,400.