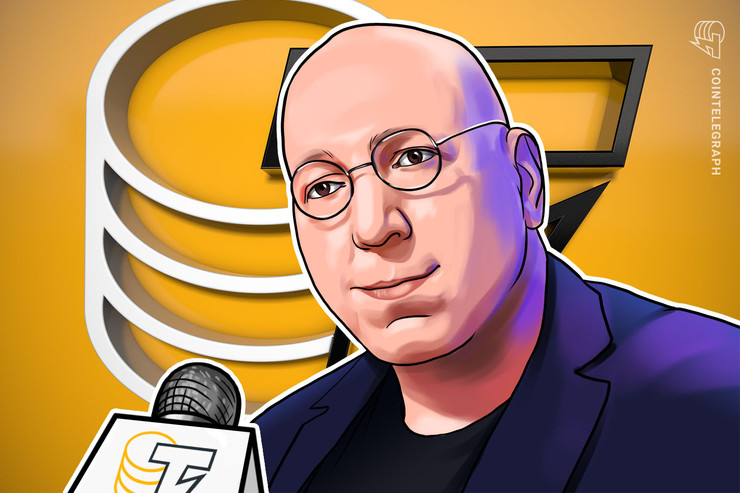 Jeffrey Wernick is a postgraduate student at the University of Chicago studying economics and finance. He has studied under several Nobel laureates, is a successful entrepreneur and is a seasoned private investor in various asset classes. He is also a strong believer of and early investor in Bitcoin, and is well known as an early investor in Airbnb and Uber.

Let’s get down to it.

Friedrich Hayek was a great economist and political philosopher who believed in laissez-faire capitalism. You have previously mentioned that you have been heavily influenced by Hayek. As a very early investor of Bitcoin, do you think the existence of cryptocurrency is a form of laissez-faire capitalism? How do you define the cryptocurrency economy?

Before I answer, I want to again emphasize how special this is for me. Every moment in China has been so joyful for me. Thank you!

Throughout history, money has been mostly denationalized, to steal a term used by Hayek in his book The Denationalization of Money. Each time a centralized controlling authority has gotten control over the issuance or quality of money, it has debased it. It’s usually for the same reason: to establish an empire and to fund an army to expand that empire. Free market money is used for trade, commerce and voluntary exchange, without the interference of any third party.

Government money requires force. It has always and everywhere been debased, and it has always been eventually replaced by a return to denationalized money. Hayek supported the denationalization of money, and I believe he would enthusiastically support Bitcoin and the abolition of legal tender laws, letting the market judge money.

Hopefully we can convert the gig economy to an ownership economy, outside the context of the firm. Hopefully a distributed ledger will sooner rather than later provide the capacity for individuals to organize themselves and — through consensus and governance embedded in the protocol — determine the allocation of value and pricing the inputs into the production function. A world where proof-of-work is more valued and proof-of-stake becomes less important as bargaining power gets more evenly distributed. In the current economic system, to a great extent, economic power is allocated by bargaining power.

Firms organize themselves to enhance bargaining power, and they use that power to erect barriers to entry, including lobbying the government to deter competition. Unfortunately, the blockchain ecosystem — the shitcoin purveyors — stupidly focuses on payment rather than the distribution of value and the organization of economic activity. As the Libra hearings showed, governments will not relinquish control of payment systems.

To think so is so very, very stupid. Payment is controlled by governments — they have a monopoly. But value is still a function of markets. Build more robust markets. Hopefully blockchain can replace all ledgers — all accounting — so that we can again trust the production of information, its quality, its immutability and its timeliness. And to paraphrase Shakespeare, not only kill all the lawyers, but also the accountants, regulators and all third-party agents. Truth resides on the ledger.

Bitcoin has been developing for over 10 years — do you think the whole blockchain ecosystem is going the way Hayek said? What do you make of the development of cryptocurrency in these 10 years?

Currently, Bitcoin is a store of value, and because of its volatility, crypto funds have emerged with different quantitative trading strategies — momentum traders and volatility traders. Since Bitcoin has been the best store of value since its inception, in my opinion, to a great extent, Bitcoin has developed very well.

But I do wish there were more Bitcoin holders and less Bitcoin traders. I wish everyone would take a small percentage of each paycheck, or each inflow of money, and each time invest 2–10% into Bitcoin.

What do you anticipate as the near future of blockchain and cryptocurrency as we continue further into 2020, given such a turbulent start to the new year? And, on a broader scale, how do you envision and evaluate the impacts of the novel coronavirus — COVID-19 — on the global economy and financial markets?

The world economy has been quite fragile for some time, and I think the spread of the virus has exposed the great fragility of the global economy. It’s a sad reminder that we live on the planet together. The virus did not get a visa or passport. Its nationality is irrelevant. Its consequences are felt everywhere: lives lost, quarantines, events canceled and markets in free fall.

It’s another example of how trust has been so eroded. The only information I believe is that which is recorded on the Bitcoin ledger. Everything else is propaganda to me.

Those peddling shitcoins, scammy ICOs — they promised a revolution in trust with trustless technology, with the decentralization of trust and the elimination of third-party liars as our trust ecosystem. Most proved to be even bigger liars than those in the traditional economy.

You are a strong believer in Bitcoin, having bought in early on. You previously said that you have never sold a single Bitcoin — is that still the case? Why do you want to keep holding Bitcoin? If you never sell Bitcoin, does this also mean you never use Bitcoin?

Gresham’s Law: Bad money forces good money out of circulation. So, as long as bad money still persists, I will only spend fiat money and hold Bitcoin. Bitcoin’s best use case is as a store of value. That is the best attribute of money. It’s better to accumulate wealth than spend money. Shit money is for spending; Bitcoin — the best store of value — is for saving.

People who say Bitcoin is blockchain 1.0, Ethereum is 2.0 and EOS is 3.0 — I think they are morons. I have stated this in many talks. They are morons. There is no other store of value that can be monetized as quickly as Bitcoin. Its settlement is much, much faster than any other store of value. Try selling art, stocks, bonds, your house, your car or anything else as fast as Bitcoin. Ether and EOS are bad stores of value and bad forms of payment.

Ethereum became a Ponzi scheme because of the ICOs. It became the reserve currency for the shitcoin economy. I insisted over and over again that the shitcoin bubble would burst and Ethereum with it. Ethereum has new life now as a new shitcoin economy emerges: decentralize finance.

And regarding EOS, it paid a fine and pretty much acknowledged that it’s a liar. And Larimer is onto another project — also as I predicted — confirming the failure of the EOS governance structure. I remember when a few people wrote to me about holding EOS when it was around $18 and saying, “To the moon.” I responded by saying, “To the toilet,” and suggested they sell immediately.

Regarding Qtum, I met Patrick about a year before he did his ICO. I found him to be a serious, thoughtful person. I have always insisted that most projects will fail and to bet on people who will learn. Patrick and I remain friends. Patrick is committed to keep learning — that is an important quality. Few of those I’ve met truly wanted to learn.

You are also known for being an early investor in Uber and Airbnb. I think many investors agree that you have a very unique insight into this world, that you’ve captured the needs of this age.

Now that artificial intelligence, blockchain, big data, deep learning, and more and more technology is developing, what will come next after the internet era? Is there anything that you think will change the way people live their lives?

I have on numerous occasions mentioned the big fork in the road is between centralization and decentralization. Much of blockchain is more about enabling greater centralization. I am an advocate for decentralization, immutable money, immutable ledger, encrypted communication, data sovereignty and no longer needing third parties as liars or needing economic activity within a firm — a true revolution in trust within a society of peers.

In September of last year, Google made headlines when it announced that it had achieved “Quantum Supremacy” — solving a problem that is essentially impossible for classical computers to solve. Will quantum computers break Bitcoin?

Google once stated its goal: “Do no evil.” I think the reason it no longer says that is because if it did, it could probably be sued for fraud. I believe a more accurate statement regarding Google is that it only does evil.

Eric Schmidt once said in an interview that they go close to the creepy line and stop. Well, they have crossed the border into creepy territory. They erased the line, and everything they do is creepy.

Google will not beat Bitcoin! Bitcoin represents the most powerful supercomputer in the world, and it is getting stronger and more secure.

So, while technology evolves for evil, it also evolves for those who work toward decentralization and freedom from evil Google. My money stays with Bitcoin.

You have previously expressed the opinion that the valuation mode of Wall Street has changed. So, why doesn’t Wall Street like Bitcoin? Is it only because they don’t know how to use Bitcoin to tell a good story?

Wall Street does not like Bitcoin because Bitcoin is the opposite of Wall Street. They are polar opposites, philosophically. Wall Street controls money, controls the supposed trusted third parties, makes false claims that the ledger lies, wants money debased, and is an instrument to centralize wealth and power while erecting numerous barriers to entry. Bitcoin is freedom; Wall Street is debt slavery. Wall Street is in the dishonest-money business; Bitcoin — like gold — is honest money.

What would you say to Satoshi Nakamoto if you met him?

I am happy that I know Bitcoin. There is no need to know Satoshi. To me, the philosophy of Bitcoin is that Satoshi is irrelevant, and that Bitcoin speaks for itself. It’s a reminder that identity is extremely overrated, and attributes are underrated. Attributes are what matter — identity should be irrelevant.

A question from an audience member, Kevin Ren:

After a decade of development, do you think Bitcoin is decentralized enough? Is it the market or the maker that decides the price?

I am satisfied with the decentralization of Bitcoin, in the sense that the incentives to double spend and counterfeit Bitcoin are extremely low. There is a lot of value, and it’s distributed enough to deter the problem. And since its governance structure is anarchistic — for lack of better word — Bitcoin remains immutable.

This was a very pleasant and informative talk with Jeffrey. Thank you so much for sharing your ideas with our community. Your vision and position are unique. Next time, we will invite you to come to China and will show you our hospitality in person, as well.

This interview was lightly edited and condensed.