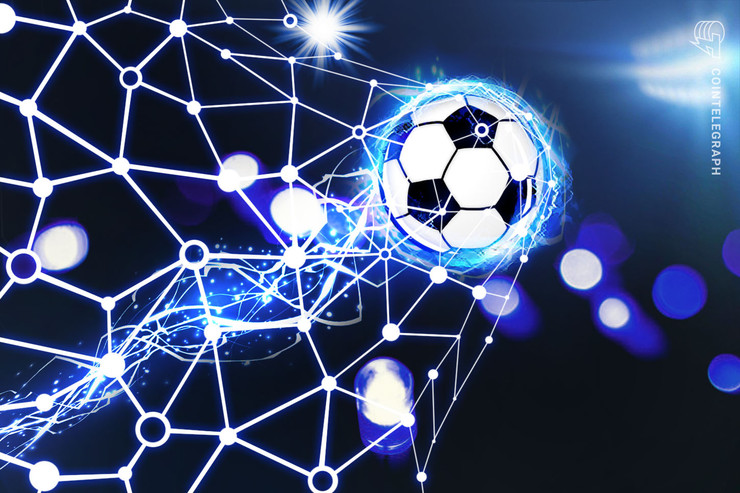 According to an announcement on March 17, the partnership will see official Lazio collectibles launched on the Ethereum blockchain.

Unique Sorore cards have sold for more than $1,000

Sorare creates limited edition tokenized representations of soccer stars on the Ethereum blockchain. Cards can be traded on secondary markets or used in Sorare’s game.

In the game, fantasy football managers compose teams of five player cards to compete for rewards. Sorore’s managers are ranked based on the performance of their chosen players, and compete for weekly prizes including up to 2.63 Ether (ETH).

Unique player cards have been traded for prices exceeding $1,000 in the past. For example, a unique card representing French footballer Moussa Dembélé was auctioned for $1,126.27 in January.

Sorare will host weekly tournaments in which soccer fans worldwide can compete to win blockchain-based prizes.

Lazio was founded in 1900 and won the Italian championship in 1974 and 2000, and the Union of European Football Associations’ Super Cup and Cup Winners’ Cup in 1999.

An increasing number of game developers are exploring blockchain-based in-game items as a way to give greater ownership and autonomy to players.

Earlier this month, the FarmVille creator announced that his new company Blockchain Game Partners is developing the Gala Network — a blockchain-based gaming platform that will support tokenized in-game items that can be traded or used for gameplay.

On March 7, Horizon Blockchain Games announced it had raised $5 million ahead of the launch of its first blockchain-based card game, SkyWeaver.

Bitcoin pumped 43% in January 2023! What to expect in February — Watch The Market Report live
Bitcoin bulls plan to flip $23K to support by aiming to win this week’s $1B options expiry
If Ripple Wins Vs. SEC, XRP Price Could More Than Double – Here’s Why
‘Crypto summer’ likely to start in Q2 2023, Morgan Creek Capital CEO says
Bitcoin clings to $23.5K as trader says BTC ‘identical’ to 2020 breakout