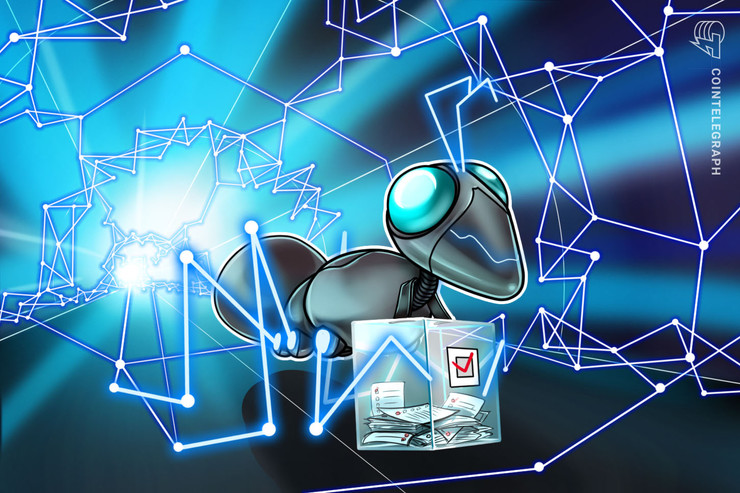 As fears of disinformation and election tampering take hold of citizens across the globe, many are left to wonder if there’s a solution that can quell voter concerns. A recent study by global communications firm Ketchum found growing distrust among individuals around voting machines (59%), issues with voter databases (60%), interference through technology (63%) and the influence of social media (61%).

In the United States, this year’s Iowa Democratic Party caucuses left voters frustrated when a voting app resulted in incorrect and wholly unreliable results. Delays ensued, and a candidate prematurely proclaimed himself the winner, which led to questions as to whether foul play was involved. Other states like Oregon took measures to prevent voter fraud with aid from the Federal Government, while Georgia acknowledged that its servers were hacked after being left exposed on the open internet for around six months.

That’s just one country, but this is a global issue. In Israel, the entire national voter registry — containing names, phones, residential addresses and national ID numbers — was leaked. Voters in Malawi were promised a rerun after last year’s re-election win of Democratic Progressive Party leader Peter Mutharika was found unlawful due to paper ballot tampering. Meanwhile, Puerto Rico plans to fully move its voting processes onto the internet, leading the American Civil Liberties Union to urge against the move, noting it will “only result in greater public mistrust of key democratic institutions.”

All of these examples have a common thread: a need for trust.

Though tech served a role in a majority of these blunders, it has a chance to redeem itself. Newly emerging technologies like blockchain — designed to be transparent, decentralized and censor-resistant — can offer a solution for elections and address many security vulnerabilities.

For example, blockchain was used in a hotly contested battle for the leadership of the Thai Democrat Party when its incumbent party leader wanted to renew his mandate. To appeal to the common Thai citizens and shed his elitist image, he allowed all Democrat Party members to vote for the party leader — a role traditionally selected only by other leaders within the party. While the party initially wanted to implement e-voting, rampant distrust among the candidates, including the party’s own election commission, meant they needed additional assurances that the votes would not be tampered with. In the end, they agreed that blockchain technology could bring the trust they needed to the process, choosing Zcoin (XZC), a privacy-first blockchain, as an immutable record for the votes. Data from the voting also received special encryption to further protect voters’ identities and votes. In total, 127,479 votes were cast with final results made available in under 12 hours. This is one of the world’s first and most successful applications of blockchain in a political election of this scale. Most importantly, Thai citizens — of all ages and backgrounds — were able to fairly and confidently exercise their voting rights.

While blockchain has its critics and may not be a perfect solution, this election offers a glimpse into its potential to bring transparency and trust to the democratic process. In Naples, Italy, blockchain voting was deployed in 2017 and encountered mixed results around the cost of hardware and length of time taken to release the results, which was slower than traditional processes. Voatz, a leading blockchain voting app in the U.S., has been used in 54 elections, but gaping vulnerabilities were found that, if exploited, would allow hackers to view and alter votes.

Related: Electronic Voting With Blockchain: An Experience From Naples, Italy

Cybersecurity company Kaspersky Labs even introduced a prototype of a voting system based on a web application using Polys, a blockchain system released in 2017, as an alternative to Voatz and others. Although its software was banned by the U.S. government for fear of it being Russian spyware, other countries and regions including Belgium, the Volgograd region in southern Russia and the Taraclia region in the Republic of Moldova have reported success with votes around corporate and local initiatives

More recently, Tezos announced a partnership with Electis, a nonprofit, community-based organization, to host a smaller-scale voting experiment aimed at universities on its platform. Electis’ first ever “proof-of-concept vote” over the blockchain is expected to take place in autumn 2020 with participants from the University of Edinburgh and Polytechnique in Paris.

Related: Tezos Has Renewed Hope in 2020, but the Comeback Kid Is Still Untested

Additionally, India’s Chief Election Commissioner Sunil Arora announced the country will use blockchain to prevent lost votes and increase voter turnout in remote regions where voters are often unable to vote due to registration restrictions. Regulators are currently working with the Indian Institute of Technology Madras to develop the system. Links to Aadhaar, India’s unique identification authority and issuer of Indian citizens’ 12-digit identification codes have been proposed as a way to ensure identity verification. While India has not expressed a timeline for implementation, Arora has acknowledged that he hopes it will be finished before his tenure ends in April 2021.

As voter distrust and the need to digitize elections grows, the fundamental principles of blockchain brings us closer to enabling secure and trustworthy e-voting. The trick is to apply the technology in a holistic way that shifts the need to trust other individuals to a trustless system.

The most basic capability blockchain offers — immutability — allows it to verify and record transactions from its network of nodes without fear of tampering from outside sources. Blockchain also allows for the addition of privacy features, enabling voters to submit their choices without fear of exposing their identities or political views. Users can still see that their votes were recorded and counted, but only they will know who or what they voted for.

If we take the time to educate communities on how blockchain works and provide explanations around what these features do, voters will feel more comfortable with this technology making its way into the election process. Once the “fear of the unknown” is alleviated, the development and adoption process of these blockchain-based voting systems will accelerate. Until then, communities will view blockchain as a confusing “mess” of technology, pointing out any negative thing and instigating fear that it’s difficult to use and impossible to control if something goes awry. When actually, the opposite is true — if implemented correctly.

For now, the best thing we can do is keep innovating while educating the naysayers, developing blockchain technology as a promising component of e-voting, pushing its limits and weeding out any weak links. There is room for improvement and growth, and if we continue to innovate together, the blockchain industry can help to create e-voting systems tailored to various election needs around the globe.

Reuben Yap serves as the project steward for Zcoin, a global privacy-first digital currency. He was a corporate lawyer for ten years specializing in institutional frameworks before joining Zcoin. Reuben has been a strong advocate of online and financial privacy for over a decade. He founded one of SE Asia’s top VPN companies, BolehVPN, and was the first merchant in Malaysia to accept cryptocurrencies. Reuben graduated with a bachelor of laws from the University of Nottingham.​​​​​​​