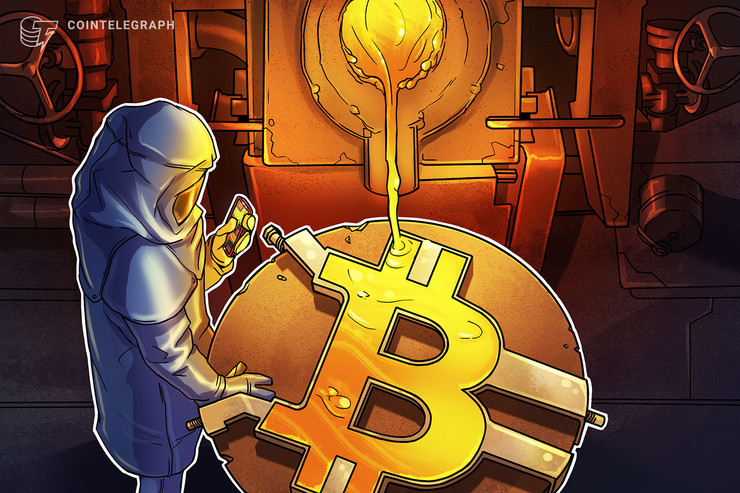 Philip Salter, head of operations at Genesis Mining, believes that economic meltdown may lead to a growing value for Bitcoin as a hedge against the banks.

In the last couple of weeks, there has been a lot of turmoil in the Bitcoin world. There was a rapid decline in hashrate, followed by an even more precipitous price drop. This was particularly troublesome in view of the impending halving.

Cointelegraph has had an in-depth conversation on these topics with one of the most prominent figures in the Bitcoin mining space, Phil Salter.

Bitcoin miners have margin calls too

Speaking on whether miners played a major role in the recent market decline, Salter observed:

“It’s no different from traditional markets, you have to sell everything to keep the operations going, to pay off your debts. As a miner you have bills to pay, you have to pay for electricity, for operations; and your expenses are in dollars, so as the price of bitcoin is dropping, it means you have to sell more of your inventory just to keep going.”

Up to a point, it’s a snowball effect — as price falls, miners are forced to sell more of their inventory, and as they are selling more — the surplus in supply drags the price further down.  However, there is a point when for a given miner, it makes more sense to shut off electricity and halt production until markets begin to recover.

Bitcoin as the new gold

One of Bitcoin’s most popular narratives has always tried to portray it as the new gold. However, Bitcoin has been breaking away from that narrative by following the trajectory of the traditional markets. Whether this latest reversal will continue largely depends on the severity of the crisis, Salter believes:

“If this economic crisis is contained, then it will not have major implications for Bitcoin. However, if there is a real collapse, then the interest in Bitcoin will explode. It will go back to being seen as a hedge against the banking system. The more skepticism people will have in the old economy, the more they will flock to Bitcoin.”

With the third Bitcoin having just 53 days away, things are about to get even more interesting.