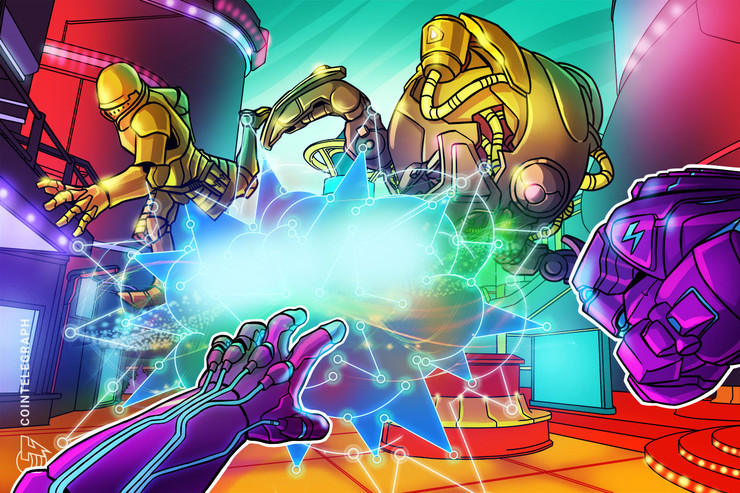 On March 21, Horizon announced that season 0 of SkyWeaver had commenced. The season will be live until the launch of SkyWeaver’s open-beta version.

The collectible card game uses Ethereum-based non-fungible tokens (NFTs) as in-game items — which players can either use within the game or trade on secondary markets.

The in-game items earned during season 0 will not be able to be used once SkyWeaver enters open-beta. However, players who rank among the top 500 in either of the game’s modes will be gifted a ‘gold card’ that can be used in the open-beta version.

Horizon expects to launch in open-beta before 2021.

Players can earn and own Ethereum-based in-game digital assets

SkyWeaver features two distinct modes of gameplay. In ‘discovery’, players are given a random deck of cards that they do not keep, but can be used to earn gold cards by winning. Once the player owns enough cards, they can play in ‘constructed’ mode — where they can choose to build their deck using the cards that they possess.

When live, the game will feature ‘normal’, ‘silver’, and ‘gold’ cards. Normal cards are hosted within the game, while the silver and gold cards are owned by players.

Silver cards can be purchased from Horizon, while Gold cards are earned as rewards in-game — and are the only type of card to feature scarcity, owing to a controlled rate of release.

However, Horizon reserves the right to modify the stats of a card should it prove overpowered or disruptive to gameplay — which could unexpectedly impact the market value of gold cards.

On March 7, Horizon announced that it had secured $5 million in a fundraising round led by Initialized Capital — the investment firm co-founded by Reddit co-founder Alexis Ohanian.

In a blog post, Peter Kieltyka, the co-founder of Blockchain Games stated that the funds will be used to launch SkyWeaver.