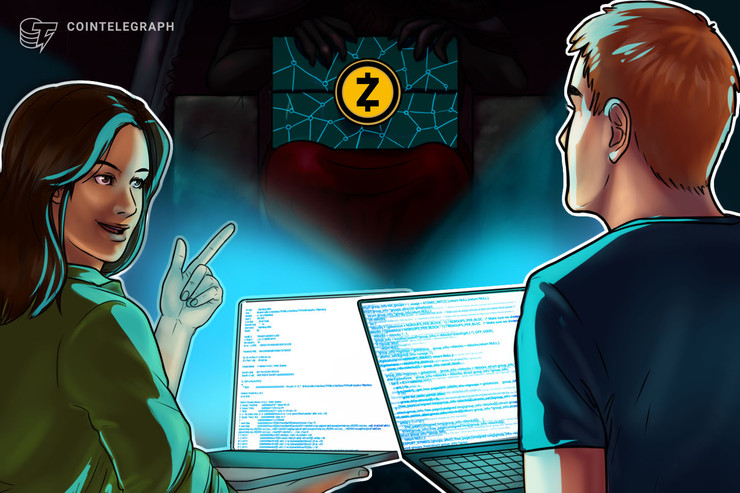 At the end of January, a poll apparently confirmed community support for a new mining reward-distribution structure for the Zcash (ZEC) network, whereby more will flow into the developer fund. Still, the decision proved to be rather controversial.

Electric Coin Company, the firm behind Zcash, announced in a Jan. 2 blog post that a community poll on the Zcash Improvement Proposal 1014 — referred to as ZIP 1014 — showed a consensus for implementing a 20% fee on mining rewards. The results showed that 77 people, or 87.5% of all votes, were in favor of the implementation, while just 11 people, or 12.5% of all votes, stood against it. But some in the cryptocurrency space have expressed concern that the poll may not accurately represent the stance of the community.

Still, data published by the Zcash Foundation revealed that 71 members of the Zcash community forum also voted in a separate poll, where a less-overwhelming majority showed support for fees on ZEC mining, as well. The foundation also set up miner signaling, but no votes were collected that way.

A Zcash community manager and mining software programmer, who goes by the name of Fireice, told Cointelegraph that he believes the results indeed represent what the majority of the community wants, adding that he “would have been pretty surprised if Zcash holders voted to defund the future of their own assets.” He concluded:

“I think Zcash Foundation took great care to be as inclusive as possible. My main problem as to effectiveness would be how long it took, markets hate uncertainty. […] I think the whole process could have been smoother, especially given that it could have been planned well in advance.”

Lior Yaffe, a computer scientist and founder of the blockchain firm Jelurida, told Cointelegraph he got the impression that the involved organizations “invested a lot of thinking in the design of the community poll.” Still, he added that, as a consequence, the system is rather complicated:

“The result is so technical and detailed that I suspect that it was too technical for most miners/community members to comprehend the consequences of their voting.”

Yaffe said he believes that a reliable source of funding is essential for blockchains to succeed but that a simple pool of four choices with different percentages would have been sufficient. Still, he admitted that he is “not an expert in how the ZCash community makes its decisions, and the culture which has already developed around it.”

Yaffe also criticized that miners were given a say, describing them as opportunistic and focused on “their own short-term profits rather [than] on the long-term success of the project.” Overall, he proposed proof-of-stake voting as a better alternative to the system used by Zcash:

“One advantage of PoS coins is that there is a straight forward voting mechanism: voting by stake, where each token represents one vote. This also nicely aligns with the block generators incentives which may or may not decide to participate. PoW coins like ZCash do not have this luxury.”

A continuation of the Zcash founders reward

Since its launch in 2016, the Zcash protocol has been programmed to let miners have 80% of the coins created in every new block, while 20% has been distributed as follows: 7% for the Electric Coin Company, 5% for the Zcash Foundation and 8% for grants. This fee on mining was only meant to last until November 2020, but the poll apparently showed consensus for establishing a new fee going forward.

Apparently, only members of the Zcash Community Advisory Panel were authorized to vote in the poll, and the panel in question is managed by the Zcash Foundation. However, the organization’s communications manager, Sonya Mann, told Cointelegraph that applications for joining the poll were open to the larger community, and only two people were rejected.

When asked whether the results of such polls are enforced as mandatory, Mann claimed that “miners ultimately ‘ratify’ any governance decisions on-chain, by choosing to run the software that enforces a given set of consensus rules.” She concluded, “Dissent can be expressed by forking. So no, it’s not mandatory.”

When asked by Cointelegraph whether the Zcash trademark rule prevents miners from being able to influence the network, Fireice pointed out that he does not think “miners are the only part that has a stake in discussions.” He also pointed out that miners still have major influence over Zcash:

“Miners can (and did, see Ycash) vote with their feet too. I’m mostly happy that ZF has part ownership of Zcash TM, beforehand it was in precarious position of not owning assets it was set up to manage.”

The Zcash trademark and the complicated nature of community consensus

Still, Zcash is a registered trademark jointly held by Electric Coin Company and the Zcash Foundation, a fact that could limit the ability of the community to use a hard fork to avoid a network update that they do not agree with. When asked whether a fork is a solution, given that — even if approved by most of the community — it cannot be called Zcash, the executive director of the Zcash Foundation, Josh Cincinnati, told Cointelegraph in an email that “the trademark agreement ultimately relies on community consensus.”

The document that Cincinnati was referring to is the agreement regulating how the trademark is managed by the involved organizations. Section 19.12 apparently gives the community the ultimate say in what can or cannot be called Zcash:

Still, the document simply states that the Zcash Foundation and ECC can agree upon the evidence that determines if there is a clear consensus, without describing how community preference can be measured. Cincinnati explained why such an abstract rule is preferred, rather than simply applying the Zcash name to the fork with the higher hash rate:

“The abstract rule is preferable because both non-subjective rules you mention can be trivially gamed; consider that at one point in 2017 Bitcoin Cash had ‘more’ hash rate but clearly (at least in our view) less grassroot support to plain old Bitcoin.”

Yaffe, on the other hand, said that he believes the abstract rule is preferable to leaving the decision to miners. He said:

“I think it was intentionally designed this way since as explained by the ZCash representative leaving the decision to PoW miners is even worse from the reason I explained above.”

Finally, Yaffe pointed out that he is convinced that for a blockchain “with deep technology such as ZCash, a fork not supported by the developers, even if backed temporarily by higher hash rate will not survive for long.” He explained that, in such an instance, he expects the technology advances would at some point render the unsupported fork obsolete, and miners would move back to the supported network.