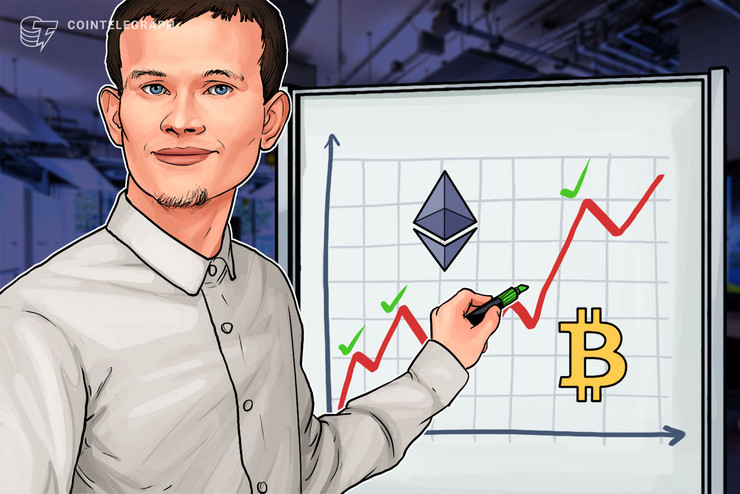 Ethereum co-founder Vitalik Buterin posted a tweet on March 24 claiming that the continuing lack of easy movement between the Ethereum and Bitcoin networks was embarrassing.

As a solution, he proposed putting resources into building a decentralized exchange (DEX), to act as a trustless bridge between the two.

DEX should be trustless, serverless and Uniswap-like

Buterin’s plan calls for the DEX to be trustless and serverless, with a user experience very similar to Uniswap. Uniswap is a decentralized exchange that runs without an order book, instead relying on asset pairs with Ether as a fixed base currency.

As Cointelegraph reported, Uniswap has just announced plans to release a V2 update in Q2 2020, which will allow direct token-to-token swaps.

Decentralized exchanges have struggled to gain market share against traditional exchanges, despite being more closely aligned to the overall trustless ethos of cryptocurrency. Part of the issue has been a lack of liquidity, although a dedicated Bitcoin–Ehereum DEX supported by Buterin may well see greater uptake.

Building bridges not limited to Bitcoin

Vitalin suggested further suggested that Bitcoin was not the only potential destination for a DEX bridge from Ethereum, and other blockchain ecosystems should also be up for consideration.

Buterin specifically mentioned Zcash as one example, saying that he has already had discussions to this end with Zooko Wilcox, CEO of Zcash-creators, the Electric Coin Company. However, he admitted that they could both work harder to turn such talk into action.