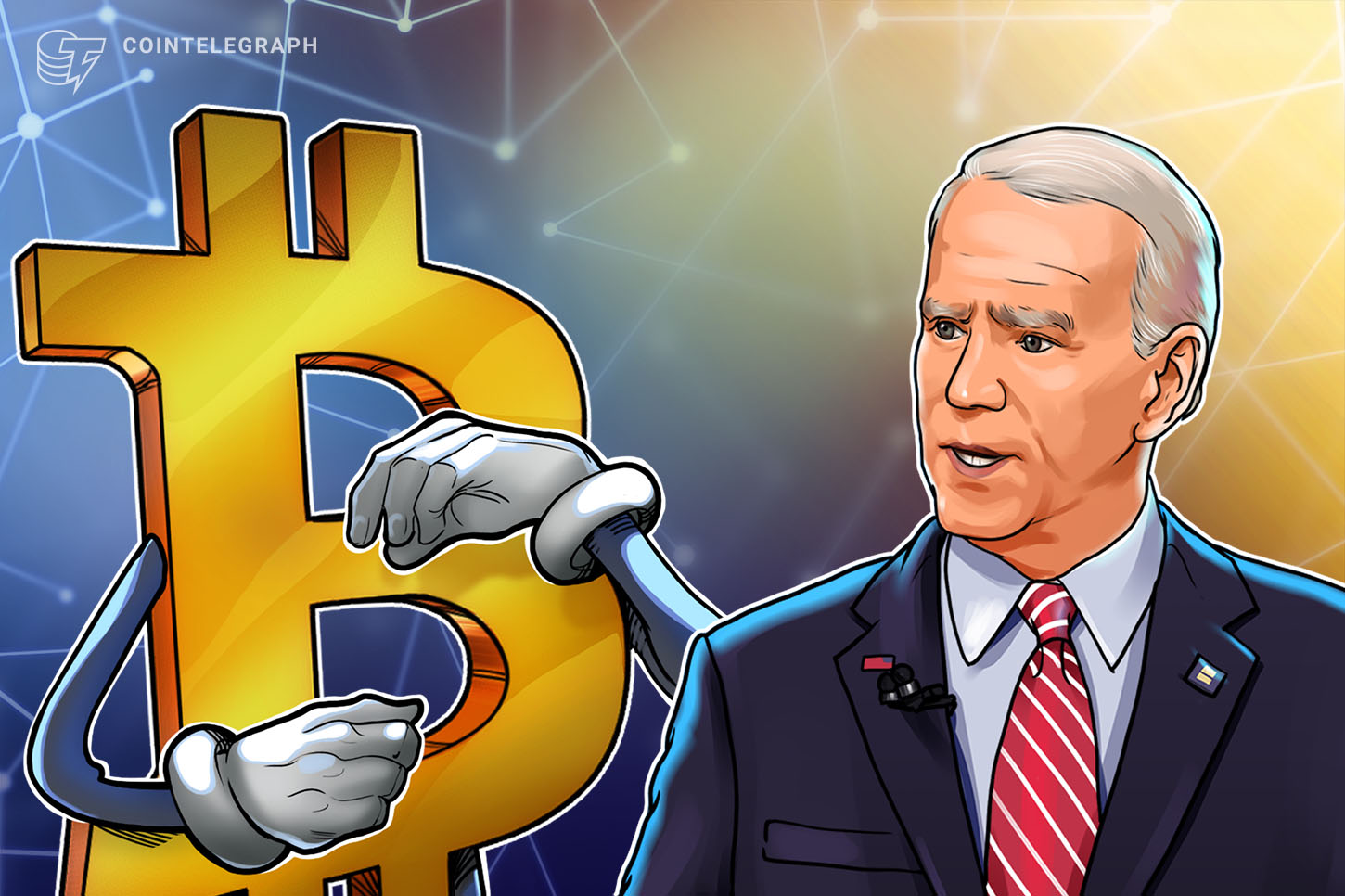 Bitcoin (BTC) is back in familiar territory as the week begins after a weekend spent ranging in its new, albeit large, trading corridor above $30,000.

With the United States presidential inauguration just days away, Cointelegraph takes a look at what else may be able to shake up BTC price action.

The inauguration of President-elect Joe Biden comes as the strength of the U.S. dollar continues to rebound.

On Monday, the U.S. dollar currency index (DXY), which measures USD relative to a basket of major trading partner currencies, hit its highest level since Dec. 21.

The sustained upside in DXY tends to mean that Bitcoin growth takes a breather, this inverse correlation forming a conspicuous pattern throughout 2020. In the event, BTC/USD had little to lose during the latest gains, the majority of which were preserved despite huge volatility.

DXY was likewise unfazed by Biden’s decision to spend another $1.9 trillion in debt-financed coronavirus support, something that was described last week as “another multi trillion dollar advertisement for Bitcoin” by Gemini exchange co-founder, Tyler Winklevoss.

As Cointelegraph reported, however, analysts still favor dollar weakness to continue in the long term. Even traditional market participants continued to eye the extent of USD supply increases, a move which has shocked many into considering Bitcoin as an alternative store of value.

Nonetheless, incoming Treasury Secretary Janet Biden has said that the U.S. will not deliberately aim to maintain a weak dollar for the benefit of trade advantages.

On the markets, stocks showed indecisiveness as the week got underway, having calmed down from Biden’s announcement.

Asia saw mixed performance, and with Wall Street still to open at press time, U.S. futures were just a tad higher from Friday.

The lackluster gains were curious for some, coming despite the fact that China had delivered Q4 economic growth statistics which dwarfed any expectations. As Bloomberg reported, the world’s second-largest economy grew 6.5% during the quarter, making it the only major economy to avoid a coronavirus contraction last year.

“Markets needed a breather or even a pull back to justify reflationary expectations,” Ben Emons, managing director of global macro strategy at Medley Global Advisors, explained to the publication.

As Cointelegraph reported, Bitcoin continues to outpace any traditional assets in terms of gains in 2021, with correlation trending further and further towards zero for both stocks and safe havens such as precious metals.

Also taking a breather in recent days is Bitcoin itself. After weeks of intensely volatile trading conditions, investors were treated to a quiet weekend, which also came as a welcome surprise to exchanges.

Previously, U.S. platforms Coinbase and Kraken had suffered outages at critical price points, and fellow trading platform eToro last week warned that it may have to limit Bitcoin buy orders should the weekend produce fresh volatility.

In the event, things were much quieter than anticipated, thanks to BTC/USD remaining rangebound with no real changes up or down.

As Cointelegraph Markets analyst Michaël van de Poppe noted, attention was instead beginning to refocus away from Bitcoin towards altcoins.

In a tweet on Monday, he reiterated the narrative that other cryptocurrencies would begin to take the limelight in the short and mid term. He summarized:

“Most likely going to occur at this point is the following. Relief rallies all across the #altcoin markets. FOMO on altcoins. #Bitcoin corrects one more time -> altcoins making HL and retesting.

A glance at the rankings confirmed the beginning of what is popularly called “Altseason,” with five of the top 100 cryptocurrencies by market cap posting daily gains of more than 20%. In terms of weekly performance, seven tokens were up by more than 100%.

Ether (ETH), the largest altcoin, was itself heading towards all-time highs, climbing past $1,200 again after a dip which saw it at one point lose $1,000 support.

With that, Bitcoin’s market cap dominance was slipping further on Monday, reaching 66.3% compared to 69.5% at the start of the year.

For the spot market, Bitcoin was steadily decreasing volatility as the week began. The past three days saw a narrowing of the trading range within the $30,000-$40,000 corridor, with a pattern of lower highs and higher lows known as compression taking over.

As Van de Poppe noted last week, this is a welcome sign which gives the market time to recoup the strength required for an ultimate breakout of the compression structure. In Bitcoin’s case, this should result in a push towards or even through current all-time highs of $42,000.

For fellow analyst filbfilb, meanwhile, there was still a way to go before any form of significant upwards volatility returned to Bitcoin.

“Interesting fractal going on here. Turn break 40k and turn into support and its a full moon mission,” he summarized to subscribers of his dedicated Telegram channel, highlighting a chart structure which may allow a trip to the top of the trading corridor.

“If the fractal plays out we might pump it to 40k and then retrace. Break the diag and turn it to resistance and maybe we need to play about more in this range.”

For hash rate, which gives an estimate of the computing power dedicated to the Bitcoin blockchain, this came in the form of 155 exahashes per second (EH/s) on Sunday.

The metric has been on a near-constant ascent since the end of December, adding 25 EH/s in just two weeks.

Just as bullish was difficulty, arguably the most important fundamental metric for Bitcoin, as it offers an insight into miner health and competitiveness.

Sustained upside for both indicators has traditionally been associated with price gains, these occurring after a grace period which can last up to several months.