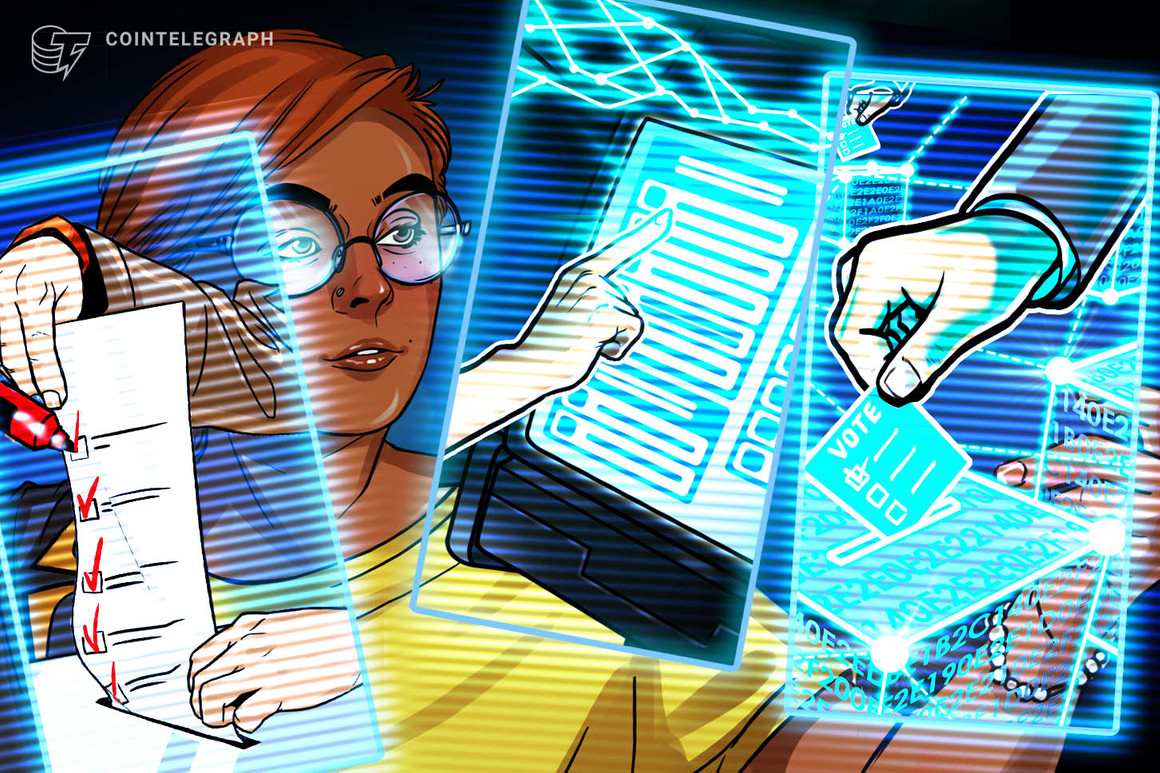 Voting is a very important part of any democracy, as it gives its citizens the chance to participate in the democratic governance process. In a democracy, the objective of voting is not just the creation of government but a collective effort that drives the interests of the society and the economy.

The fundamental objective of voting across the world is to ensure that it happens in a fair and transparent way. The traditional ballot system has existed for years, but it’s safe to say now that it has outlived its time. Challenges, such as double voting, spurious votes and ballot privacy concerns, have been in the news time and again showing the inefficiency of the existing system.

Plus, the cost of organizing ballot voting at scale is expensive and is time-consuming. For example, India spent close to $8 billion in its 2019 national elections and took approximately 40 days to finish the entire voting process.

Therefore, we can safely say that the traditional voting system has disadvantages not only when it comes to security and the time it consumes but also with the cost to organize the entire process in a seamless way.

Is internet voting the solution?

Can we then say that internet voting is the solution to all the problems faced by the existing traditional ballot system? Internet voting pilot projects have been implemented across the world but have been discontinued after a while.

Economic challenges, such as internet accessibility, learning and adapting to the new voting style by the population, can still be overcome with development and training.

But the risks related to security (computer viruses/hacking) and scalability mechanisms are the ones that limit the pilot. Also, internet voting also cannot essentially guarantee one vote per one person, and the high cost of implementing it affects the implementation further.

Is blockchain-backed voting the solution?

Blockchain tech implementation for voting definitely is a good option, as the decentralized consensus protocol ensures security up to a certain limit, which is more secure than the current centralized way of voting.

But then it gives rise to certain challenges like:

On the Ethereum blockchain, only 15 transactions can be validated per second. This means that as the number of voters increases, blockchain voting takes way more time to finish the voting process.

For example, when the second smallest country in the world, Tuvalu, with a population of 10,600, plans to do its elections on the Ethereum blockchain, for example, it would take close to 11.5 minutes (10,600/15 = 706 seconds) for the entire voting process to be completed, but considering a country such as India, which has a population of 1.4 billion, it would easily take around three years for the entire voting process to finish on the Ethereum blockchain.

These kinds of time frames are practically impossible in a large democracy to even consider.

For example, the Ethereum blockchain consumes 1.02 kilowatt-hours per transaction. In a country like Tulavu, the energy consumption for blockchain voting turns out to be 10.8 megawatt-hours, which will not have any considerable negative impact on the environment. But on the other hand, for a populous country like India, blockchain voting, if implemented with Ethereum, will end up consuming 1,428 gigawatt-hours.

Energy cost not only turns out to be very high but it will end up having a negative (if not devastating) impact on the environment as well.

How should blockchains protocols be designed then to be scalable, secure and less energy-consuming?

This is explained below with the hypergeometric distribution.

In a network, only 200 randomly selected nodes are needed to validate a transaction with 99.999999999% confidence.

Blockchain tech coupled with biometrics is the ideal solution for the voting process. The blockchain protocol, of course, should be scalable, involve few validating nodes, consume less energy and be highly secure.

The biometrics should also protect personal data, encrypt/decrypt data/messages, it should have tamper-proof authentication and comply with the General Data Protection Regulation in the European Union.

Presently, there are no players that have been effectively able to combine both blockchain and biometrics to offer a solution for voting.

Going by the challenges that we have discussed above, the truth is that in this internet era, if blockchain truly has to enable a seamless voting system of free and fair elections, it has to be combined with biometrics.

The debate and discussion will be around for a while on how the internet and the blockchain will eventually disrupt or not disrupt the voting process. For example, a recent article published by the Massachusetts Institute of Technology’s Computer Science and Artificial Intelligence Laboratory pointed out that moving to blockchain-enabled voting doesn’t remove the risk of failures. Such a move can go from bad to worse. Nonetheless, it’s not impossible to declare victory in this domain and keep our elections 100% secure and fair.

Vishnu Priya Mishra is a blockchain enthusiast with six years of experience in advertising and marketing, she has worked with brands, such as Burger King, Xbox and Ziff Davis in brand and community building. She manages marketing and PR at Uniris.

Nilesh Patankar is a seasoned technologist with over 25 years of experience in the payments domain. He has managed global programs for Mastercard and Barclays. He was also the chief technology officer of Payback, the largest coalition loyalty program in India serving over 100 million users. Nilesh is a co-founder and chief operating officer of Uniris.

Akshay Kumar Kandhi is the head of innovation, research and development at Uniris, where he is at the forefront of research in blockchain and biometrics. He has a degree from École Polytechnique in France.