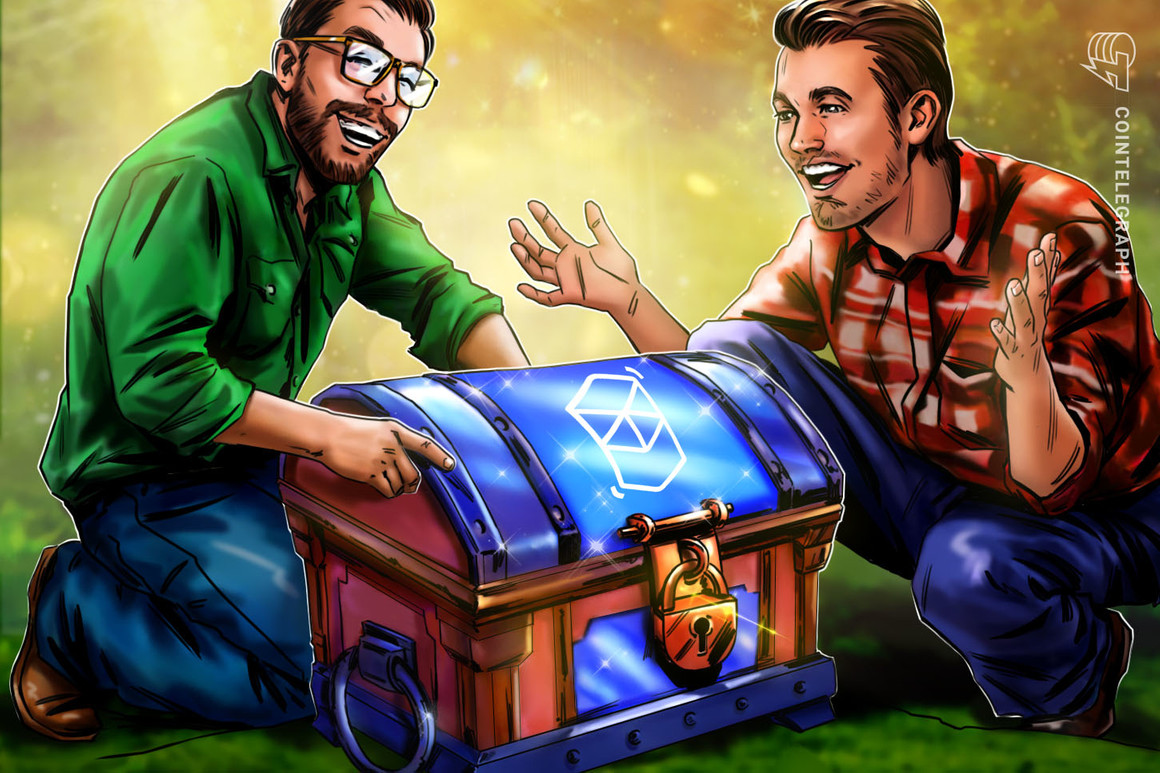 Fantom (FTM) is known for its speed and inexpensive layer-1 blockchain. Like other blockchains (for example, Solana (SOL) and Avalanche (AVAX)) that scale better than their counterpart, it has been dubbed an “Ethereum killer.” After raising $40 million in funds, Fantom launched its mainnet in December 2019. Since then, it has grown to become one of the most popular blockchains, sitting in the top 10 blockchains by total value locked (TVL) with $1.3 billion in TVL.

Fantom’s high-throughput blockchain is an open-source smart contract platform. It is scalable and EVM-compatible, meaning you can deploy and run your Ethereum decentralized applications (DApps) on Fantom. Its structure enables the support for its decentralized finance (DeFi), other than managing digital assets and DApps.

The Fantom consensus mechanism is an adapted version of proof-of-stake, and it’s called Lachesis. It’s been designed to provide high-speed transactions, low fees and almost instant finality due to the aBFT algorithm. aBFT can scale to many nodes worldwide in a permissionless, open-source environment, offering a good level of decentralization.

The Fantom blockchain is powered by its native FTM token, and if you believe in the project and want to grow your FTM stack, you can consider staking Fantom to earn passive income.

What is Fantom staking?

Staking is making a blockchain more secure by locking up an investor’s digital assets for a certain amount of time. This security is provided by validators who validate transactions with their staked tokens, which becomes an economic incentive for them to behave according to the protocol’s rules.

By staking FTM, investors actively participate in securing its network while earning passive income, i.e., FTM rewards. Staking means that tokens will have to be locked up for some time; however, they will still be sitting in the owners’ wallets, only they can access and unlock their funds anytime.

How to stake FTM

The minimum stake amount to run a validator is 500,000 FTM to prevent Sybil attacks on its consensus mechanism. Sybil attacks are malicious attacks that involve falsifying multiple identities to gain an undue advantage within a network. As the validator’s required amount is relatively high, it becomes easier to delegate FTM to a validator.

A few Fantom staking strategies can be used:

To stake on Fantom, users can follow these simple steps:

There are a few options when it comes to optimal Fantom wallets. The Fantom Opera network is a second-layer and EVM-compatible blockchain, meaning that you can use any wallet that works for Ethereum, such as MetaMask, the Coinbase Wallet or a cold wallet like Ledger.

After creating an account on Fantom, you can also download your Fantom wallet (fwallet) by clicking on the “Create Wallet” button: 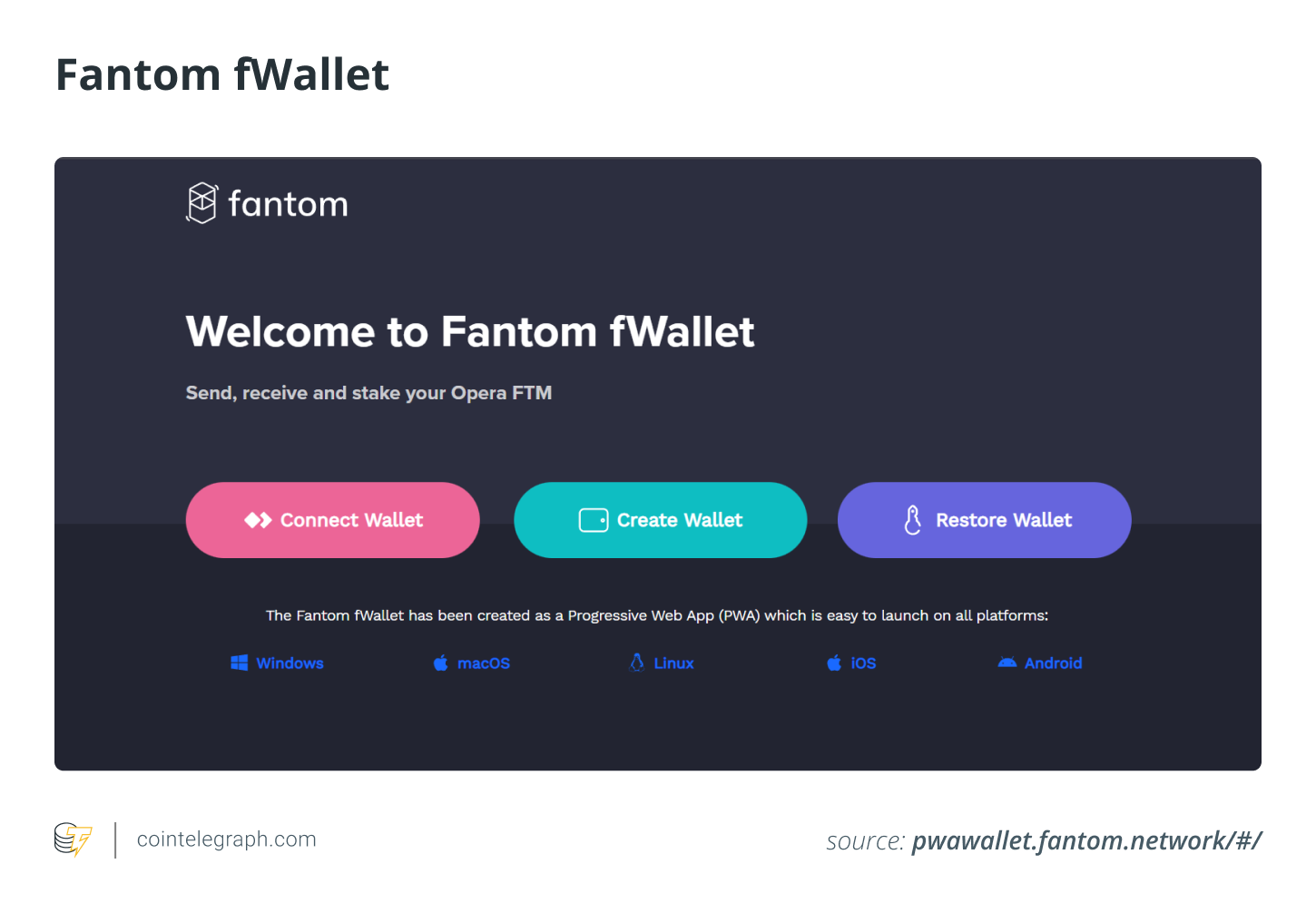 Where to stake FTM?

Other than its native blockchain network, Fantom can be staked across many platforms, including decentralized exchanges (DEX) and custodial blockchains. Here we’ll look at the places to stake Fantom so you can decide which is the most suitable.

How to stake Fantom on Ledger

Staking through a hardware wallet like Ledger works through a smart contract interaction, like other transactions. It’s sufficient to stake from the Fantom fWallet by signing Fantom FTM Ledger Nano S application. Then, use the “Stake” menu item on your account.

How to stake Fantom on Coinbase

How to stake Fantom on Binance

To stake FTM on Binance, you have to deposit a convenient amount on the exchange, then go to Binance Earn and pick the suitable product for you; usually, it’s a locked up period of 30, 60, or 120 days. You can choose a more extended staking period for higher returns up to 14%.

How to stake Fantom on Kucoin

Similarly to Binance, you must deposit your FTM token on Kucoin and go to Kucoin Earn. Then click “Subscribe” to pick the product that suits you better, based on rewards and the time you want to lock your assets.

Is it safe to stake FTM?

It is safe to stake FTM because the validator node cannot access your staked tokens; make sure not to lose your mnemonic phrase or private key. However, like in other proof-of-stake blockchains, you risk losing a fraction of your stake if the validator is not reputable and misbehaves. It’s safer to select reputable Fantom validators who always have active communities, websites and Twitter accounts.

How to stake other tokens on Fantom

Fantom provides a flexible and dynamic ecosystem enabling the staking of several DeFi tokens to earn passive income on your investment. To use any of the following systems to stake their native tokens, you need a MetaMask or any other wallet mentioned above connected to the Fantom Opera network. In this case, Fantom staking acts like a CEX, such as Binance, becoming a marketplace where non-native cryptocurrencies are traded.

Here are some of the most popular tokens that are based and can be staked on Fantom:

How to run a Fantom node

Validators run full nodes and are a crucial part of the Fantom network. By running a full node, validators participate in the consensus to boost security and generate new blocks. There are some technical requirements and skills to be considered to run a Fantom full node, and it might be more suitable for a techie operator.

Following are the requirements necessary to run a Fantom full node:

A step-by-step guide to running a full-node

Users can refer to Fantom’s instructions for full specifications and details on how to run a validator node.

How much money can you make staking Fantom?

The FTM staking rewards calculator will estimate how much can be earned by staking Fantom.

FTM and most crypto tokens have dropped by over 90% during the 2022 bear market; therefore, staking will grow the number of your tokens but not necessarily the overall value. It’s also worth considering that staking and locking your tokens up may make your funds illiquid and exiting a position difficult.

Purchase a licence for this article. Powered by SharpShark.