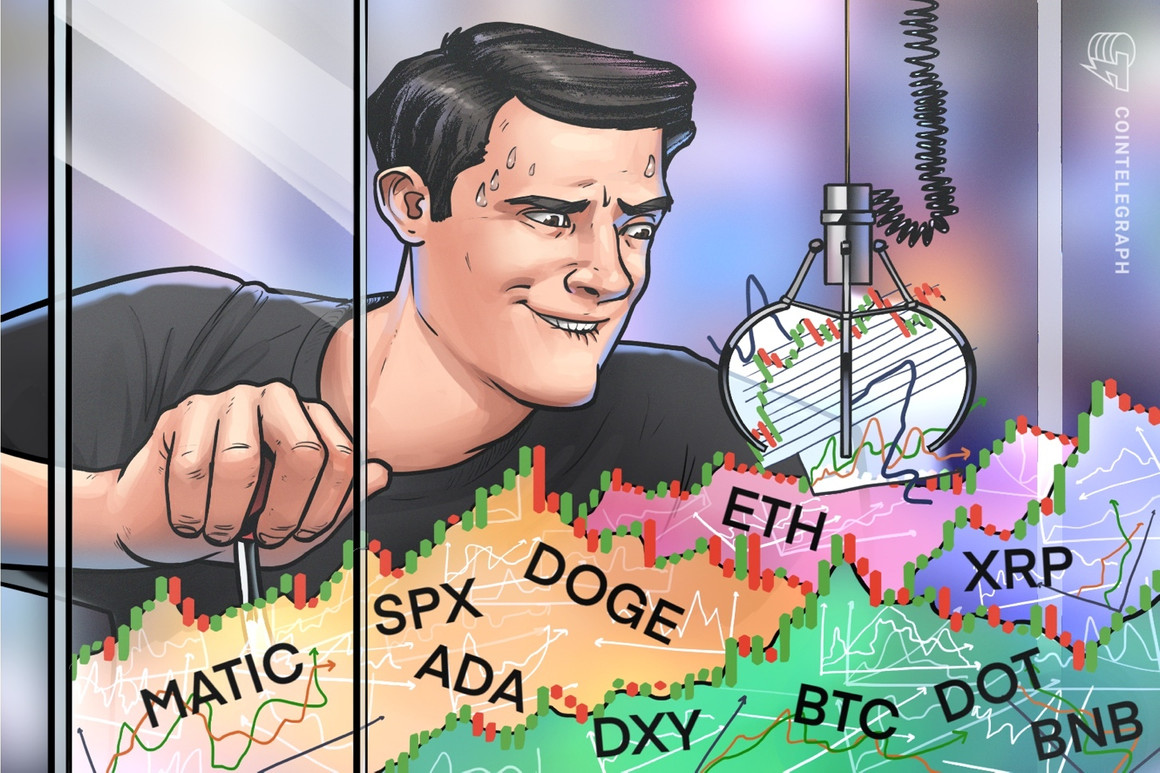 It’s the final month of the year and analysts are out with their projections for the next year. In a note to investors, Standard Chartered suggested that “The financial-market surprises of 2023” will include Bitcoin (BTC) price diving to $5,000 at some point in the year. The fall will be triggered by a liquidity crunch, which could result in more bankruptcies and a fall in investor confidence in the crypto sector.

If this feels like an extreme, venture capitalist Tim Draper went in the opposite direction and predicted that Bitcoin could skyrocket to $250,000 by the middle of 2023. While speaking with CNBC, Draper said that Bitcoin’s massive rally is likely to be fuelled by increased participation from women who control a large part of retail spending.

In the short term, analysts remain divided on the prospects of a Bitcoin rally. While some analysts expect a Christmas rally to push Bitcoin toward $19,000, others are not so optimistic.

Could the S&P 500 index (SPX) witness profit booking in the near term? Is the U.S. dollar index (DXY) ripe for a recovery? What is the effect of these two asset classes on cryptocurrencies? Let’s study the charts to find out.

The S&P 500 index rebounded off the 20-day exponential moving average (3,967) on Nov. 30, indicating that bulls continue to view the dips as a buying opportunity.

The upsloping 20-day EMA and the relative strength index (RSI) in the positive territory indicate that the path of least resistance is to the upside.

If the price closes above the downtrend line, the bullish momentum could pick up further and the index may rally to 4,300.

This positive view could invalidate in the near term if the price turns down and breaks below the 20-day EMA. That could pull the index to the 50-day simple moving average (3,818).

The relief rally in the U.S. dollar index (DXY) fizzled out at the 20-day EMA (107) on Nov. 30. This shows that the sentiment has turned bearish and traders are selling on rallies to the 20-day EMA.

The bears pulled the price below the strong support of 105 on Dec. 1 and thwarted attempts by the bulls to push the price back above 105 on Dec. 2. Although the downsloping moving averages and the RSI in the negative territory indicate advantage to bears, they could not capitalize on the breakdown and resume the downtrend.

After trading near the 20-day EMA ($16,979) for the past four days, Bitcoin attempted a move higher on Dec. 5. However, the long wick on the day’s candlestick suggests selling at higher levels.

Alternatively, if the price turns down from the overhead resistance and plummets below the 20-day EMA, it will suggest that the BTC/USDT pair could remain range-bound between $15,476 and $18,200 for a few days.

The bears tried to sink Ether (ETH) back below the 20-day EMA ($1,251) on Dec. 3 but the bulls held their ground. This suggests that the buyers are defending the 20-day EMA aggressively.

The 20-day EMA has started to turn up gradually and the RSI is just above the midpoint, indicating that bulls have a slight edge. This improves the prospects of a break above the 50-day SMA ($1,334).

If that happens, the ETH/USDT pair could pick up momentum and rally to the resistance line of the descending channel which could act as a major roadblock.

On the downside, a break and close below $1,236 could suggest that bears are attempting a comeback. The pair could then slide to $1,150.

BNB’s (BNB) price has been trading near the moving averages for the past three days. This indicates a tussle between the bulls and the bears to gain the upper hand.

The flattish moving averages and the RSI near the midpoint do not give a clear advantage either to the bulls or the bears. Buyers will have to push and sustain the price above $300 to indicate strength. The BNB/USDT pair could then rise to $318 and thereafter to $338.

On the contrary, if the price turns down and breaks below $285, the selling could intensify and the pair may drop to $275. There is a minor support at this level but if it fails to hold, the decline could extend to the vital support at $250.

XRP (XRP) is facing resistance at $0.41 but finding support at the uptrend line. The price action of the past few days has formed an ascending triangle pattern, which will complete on a break and close above $0.41.

If that happens, it will suggest a potential trend reversal and the XRP/USDT pair could start an up-move to $0.45 and later to $0.51.

Alternatively, if the price turns down and breaks below the uptrend line, it will invalidate the bullish setup. That could sink the price to $0.37 and then to $0.34. Such a move will suggest that the pair may extend its stay inside the large range between $0.30 and $0.41 for a few more days.

The flattish 20-day EMA and the RSI near the midpoint also suggest a consolidation in the near term.

Cardano (ADA) nudged above the 20-day EMA ($0.32) on Dec. 5 but the bulls could not sustain the higher levels. This suggests that bears are selling on relief rallies.

For the recovery to strengthen further, the bulls will have to sustain the price above the 20-day EMA. The ADA/USDT pair could then rally to the 50-day SMA ($0.35) and subsequently to the downtrend line. This level may offer a strong resistance to the bulls.

The 20-day EMA has flattened out and the RSI is just below the midpoint, suggesting a range-bound action in the near term. The bears will have to sink the price below $0.29 to signal the resumption of the downtrend.

A strong rebound off this level will suggest that lower levels are attracting buyers and that could increase the possibility of a rally above $0.13. The pair could then complete a 100% retracement and rise to $0.16.

This bullish view could be negated if the price turns down and plummets below the moving averages.

Polygon (MATIC) bounced off the 20-day EMA ($0.90) on Dec. 4, indicating that bulls are attempting to flip the level into support.

The 20-day EMA has started to slope up and the RSI is just above the midpoint, indicating that buyers have a slight edge. There is a minor resistance at $0.97 but it is likely to be crossed. The MATIC/USDT pair could then rally to $1.05 where the bears may try to stall the recovery.

If the price turns down from $1.05, the pair could again drop to the 20-day EMA. A strong bounce off it could improve the chances of a break above $1.05. Contrarily, a break below the moving averages could pave the way for a decline to the uptrend line.

Polkadot (DOT) broke above the 20-day EMA ($5.54) on Dec. 2 and the bulls successfully defended the retest on Dec. 3. Buyers tried to propel the price to the 50-day SMA ($5.92) on Dec. 5 but met with significant resistance at higher levels.

The 20-day EMA has flattened out and the RSI has risen to the midpoint, indicating that the downward momentum is weakening. This increases the possibility of a break above the 50-day SMA. If this level is crossed, the DOT/USDT pair could rise to the downtrend line. This level is likely to act as a major obstacle for the bulls.